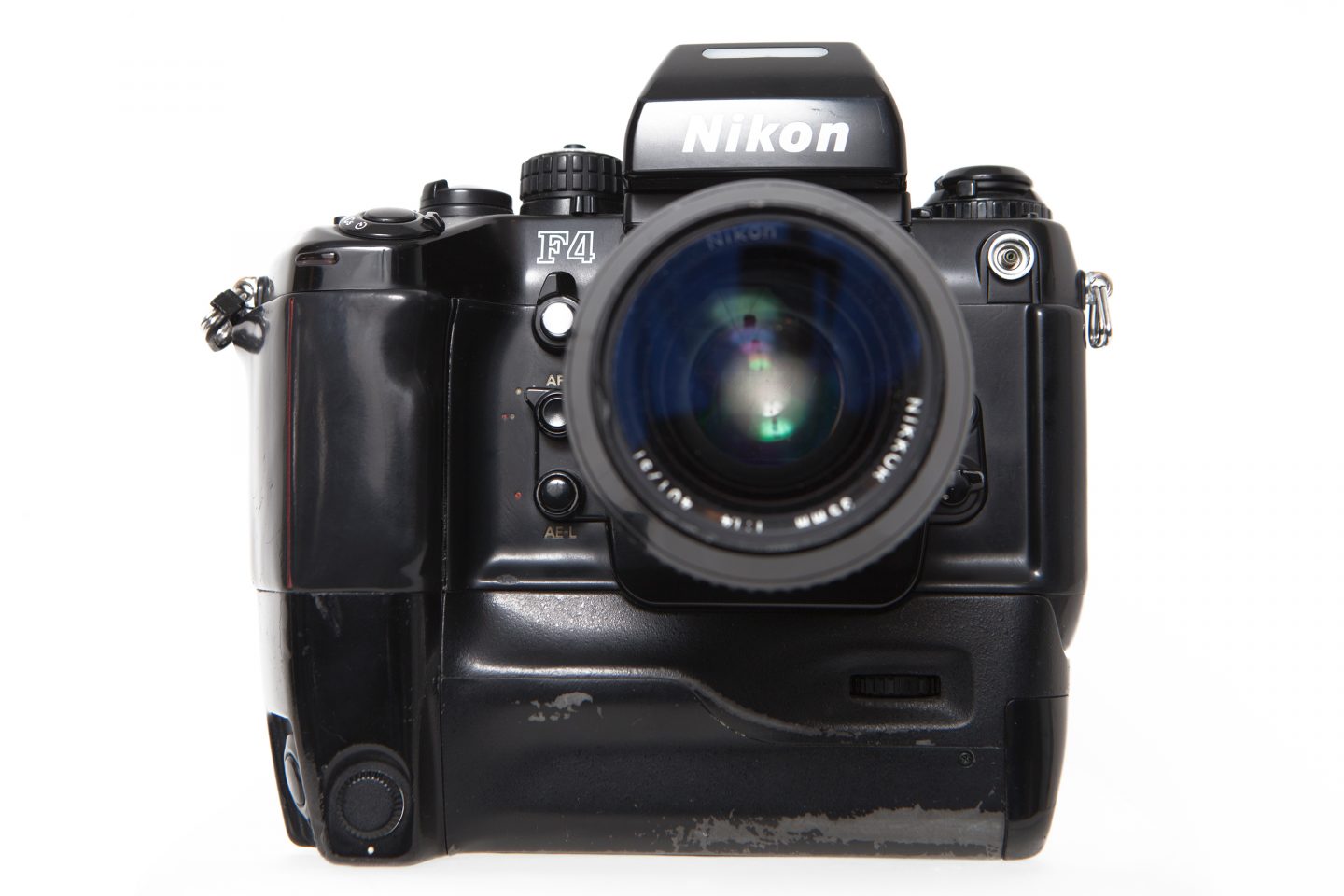 The Nikon F4 series (F4, F4s and F4e) were released in the later part of the 80’s as a successor to the infamous Nikon F3. This is a pro camera body yet so easy to use. When it was first released you could expect to pay up to $2500US for this film camera which is over $5000 in today’s currency, not a camera I could have afforded back then!.

The Nikon F4 was an Auto Focus SLR (Single Lens Reflex film camera) The shutter speeds range from 30 seconds all the way up to 1/8800th of a second. The Nikon F4 introduced Matrix Metering, which Canon termed Evaluative Metering. You are able to use ISO films speeds from ISO 6 to 6400. The lens mount is the regular Nikon F mount making it compatible with most Nikon lenses. The camera feels great in the hands and looks like a tank with its 80’s look and feel.

The Nikon F4 has both auto focus lock (AF-L) and auto exposure lock (AE-L) and those crontrols are within fingers range when holding the camera. The camera is so easy to load film, all you do is insert the film canister and pull some film out along the red line and then close the door. Even though I only use manual focus Nikkor lenses the Nikon F4 has full auto-focus and focus-tracking.

The Nikon F4 has a full motor driven 35mm film advance system as well as an auto rewind which makes shooting a joy. One of the features I love about the Nikon F4 is the ability to shoot double exposures with ease. The best part of this camera for me is that I only paid around $120 for it on eBay, such a steal for this great masterpiece!

Some sample film photographs taken with my Nikon F4