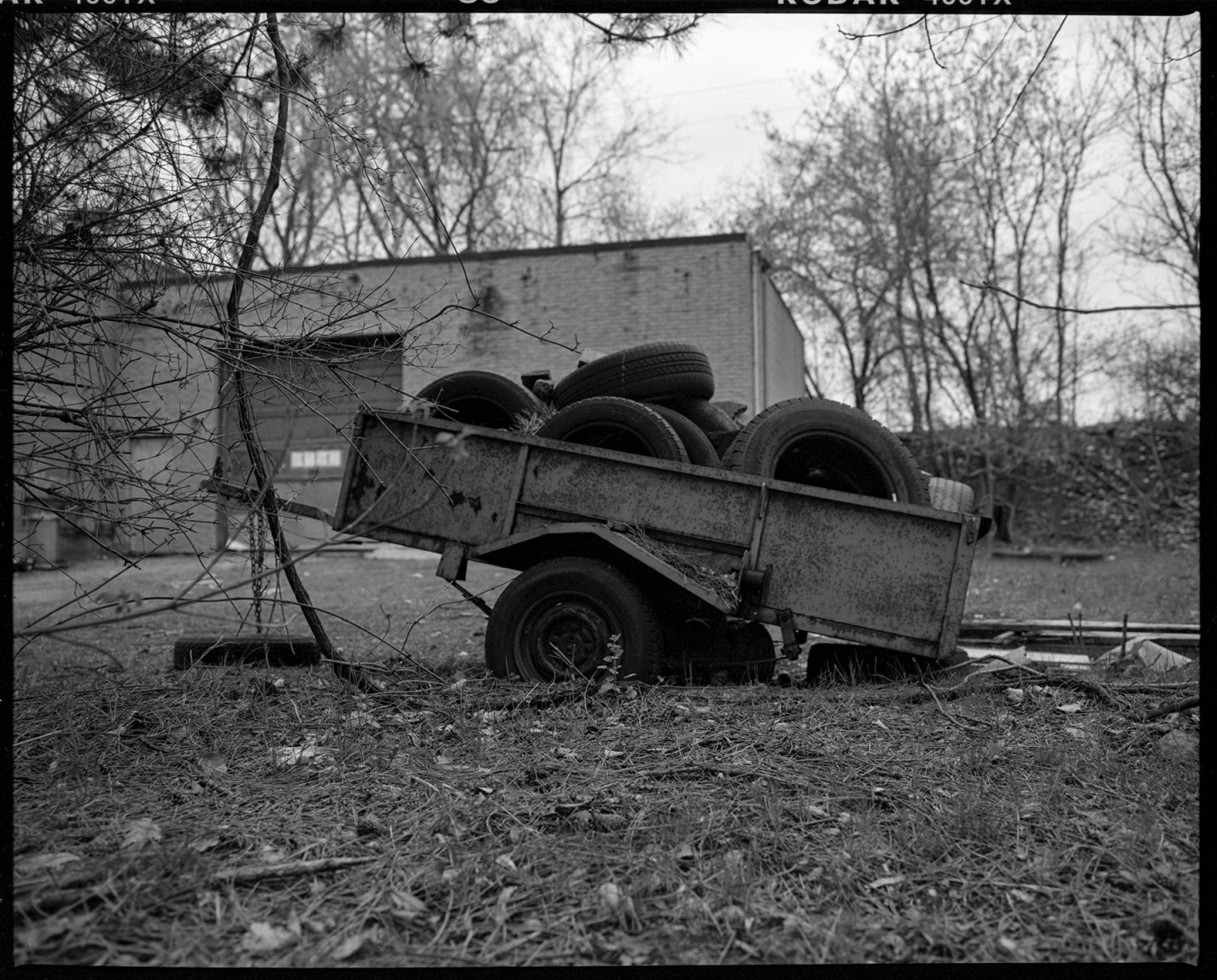 This past weekend I shot another roll of medium format 120 size black and white film. This time it was Kodak Tri-X 400 or Kodak 400TX as some call it. This time I researched what black and white film give good contrasty photographs. I ready that Kodak TX400 was as good as you can get. I saw some awesome black and white positive film photographs by the great Jason Lee and they were great. he used a discontinued positive black and white film called Agfa Scala 200. I wanted to get as close to this as possible since those shots had great tones. I was afraid the 400TX might be a bit grainy but was surprised by the clarity. I’ll be shooting with this film again both with medium format and 4×5. This old abandoned house is located in Burlington Ontario near the lift bridge.

“A photographer is like a cod, which produces a million eggs in order that one may reach maturity.” George Bernard Shaw 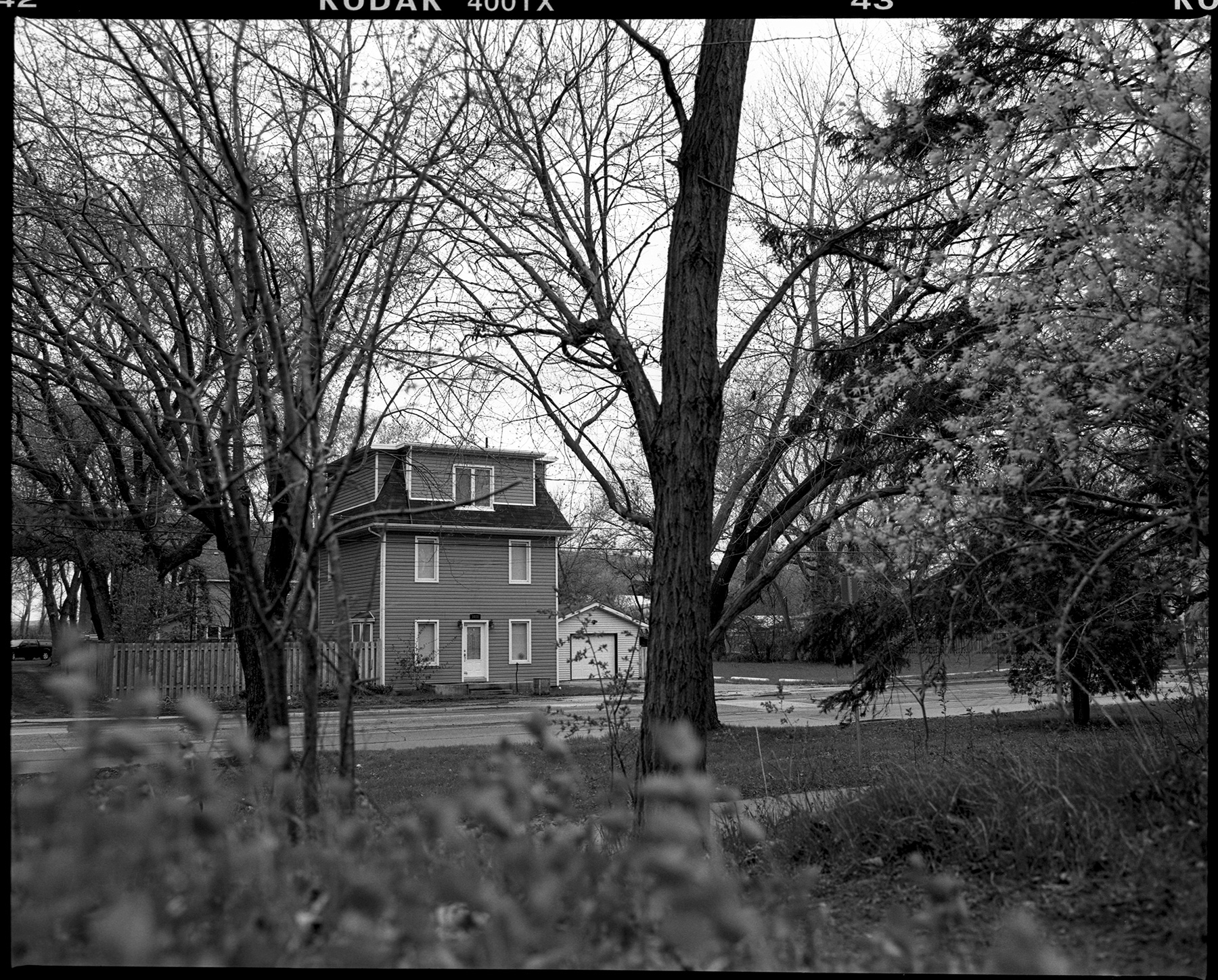 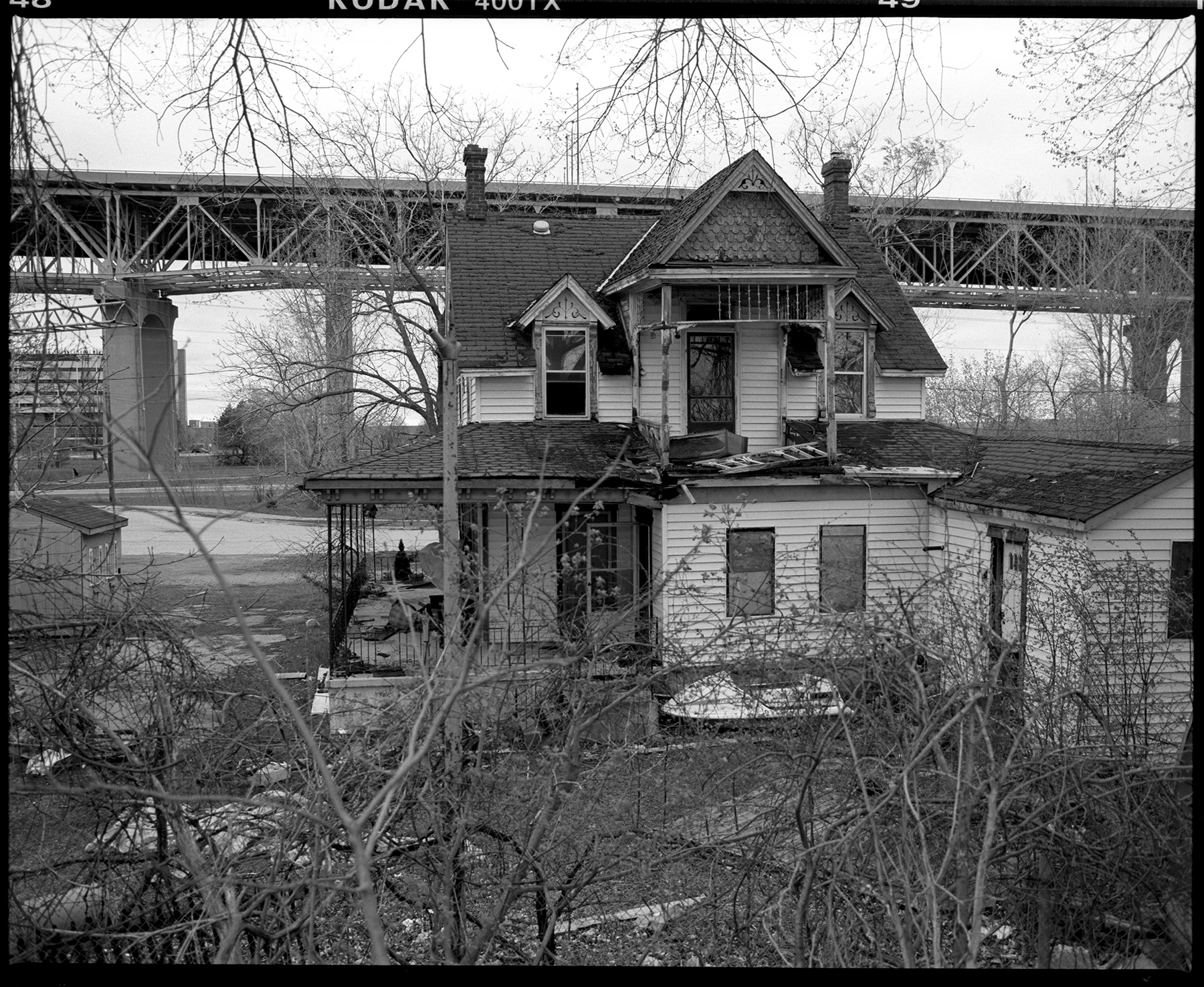 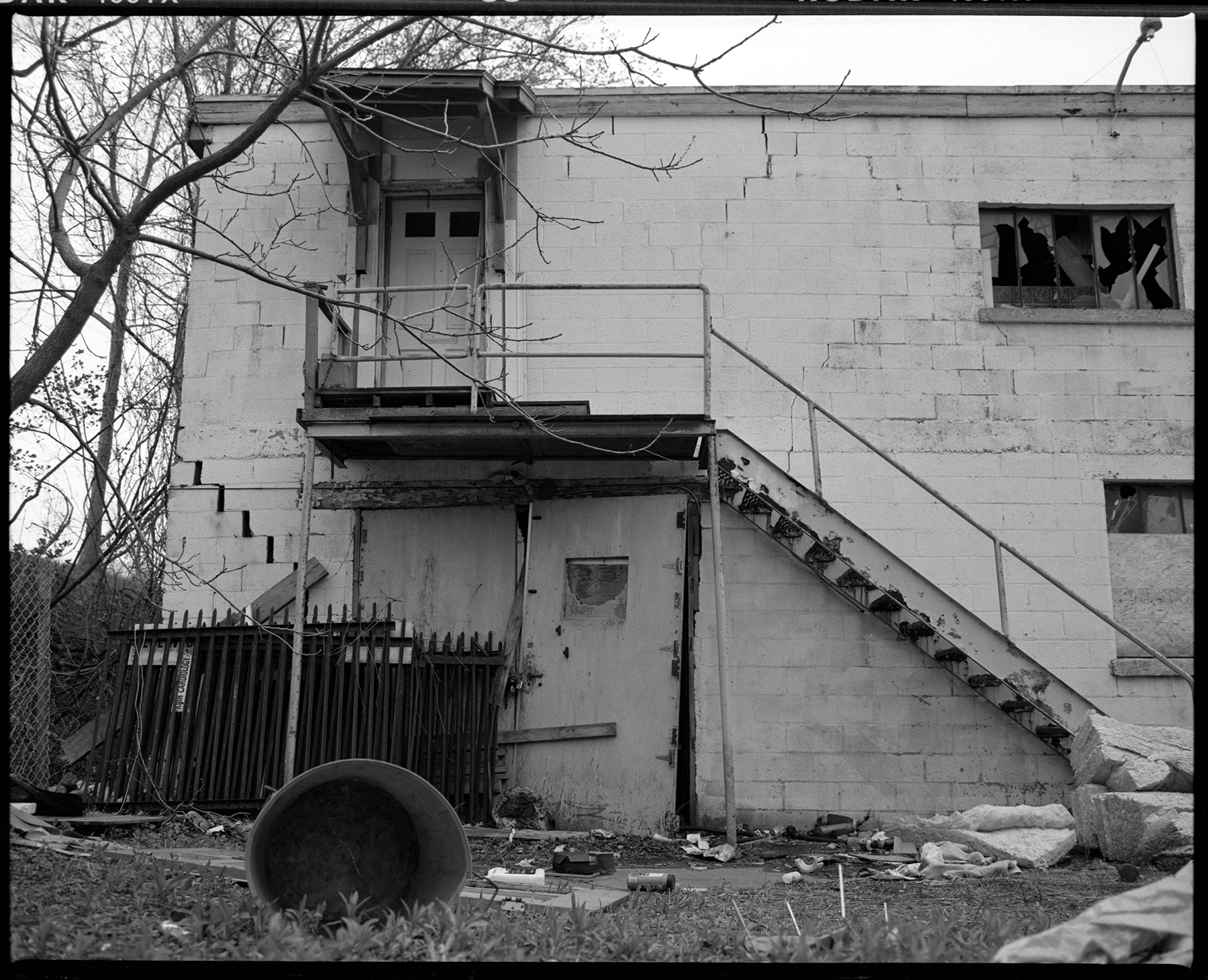 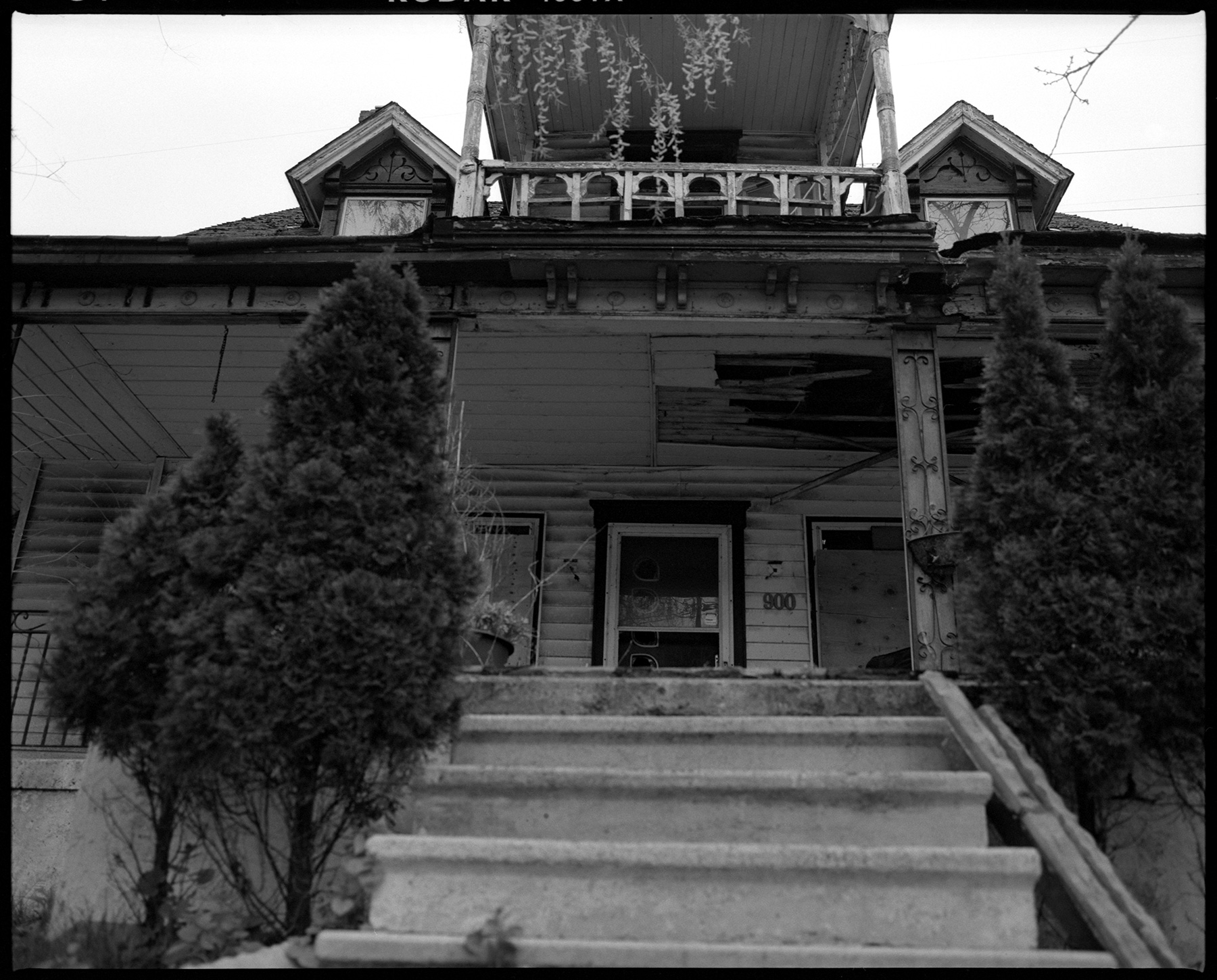 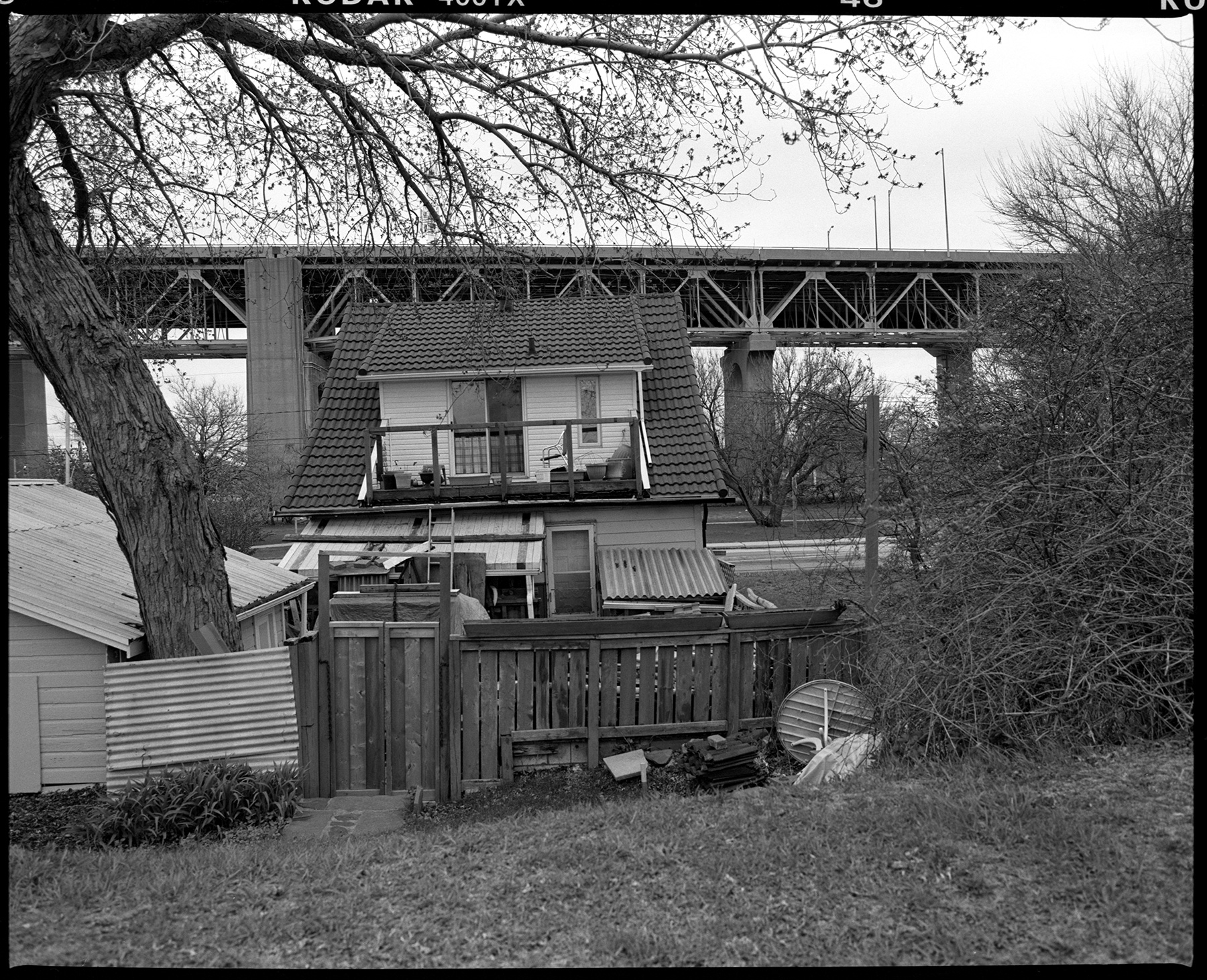