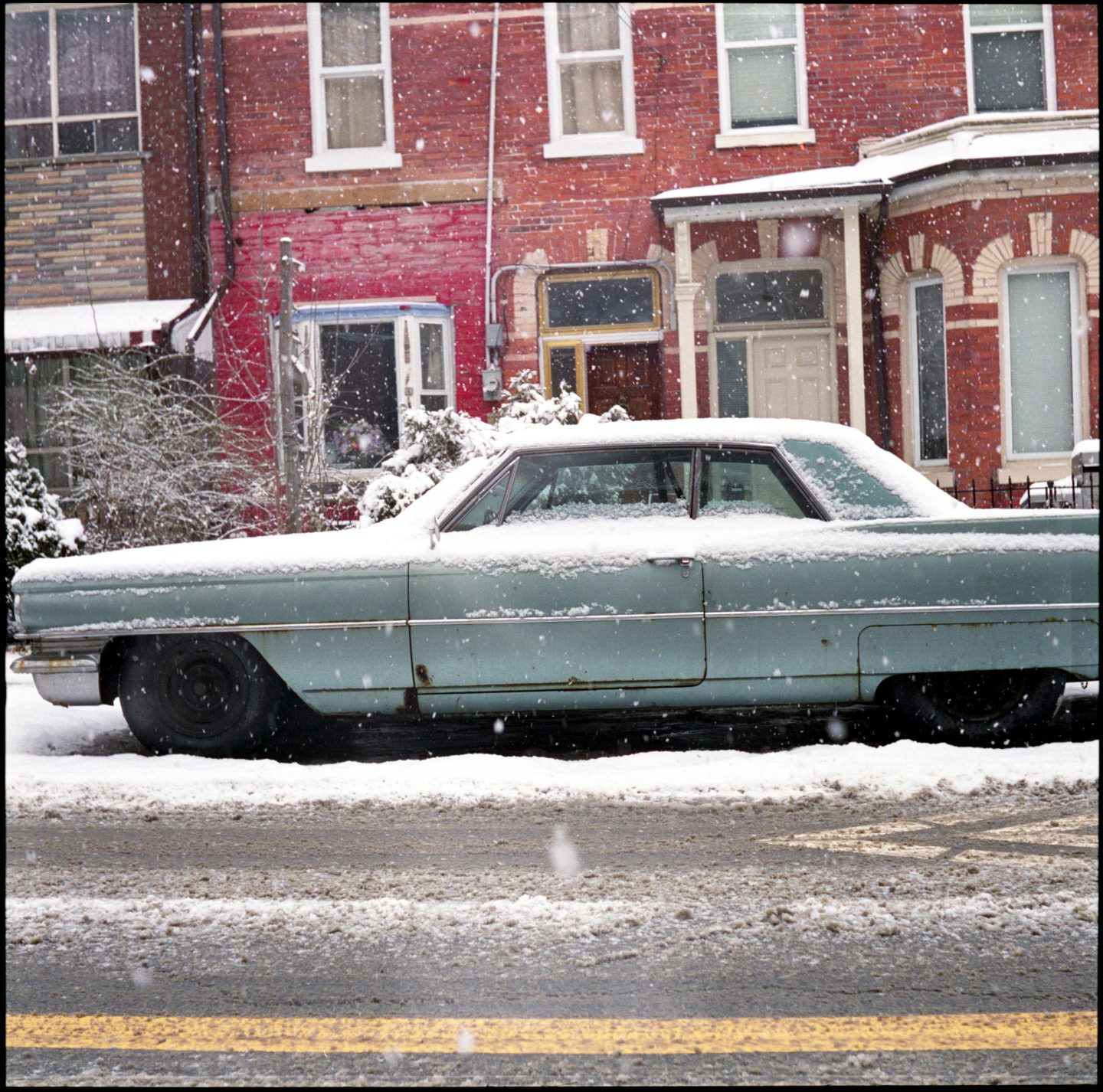 Day 61 of my film photograph a day in 2019. We went to Toronto today, little did we know that a snow storm followed us in. We made the best of it and brought the puppy with us. I really made the trip in to buy a CineStill C-41 developing kit but the camera store didn’t have any in stock. And its the only place in Toronto that sells it. I ended up purchasing the new powder kit from their website, cheaper and easier I believe. I took this film photograph with my 1965 Agfa Isoly III medium format film camera. I used FujiColor Pro 400H color negative film for the shot.