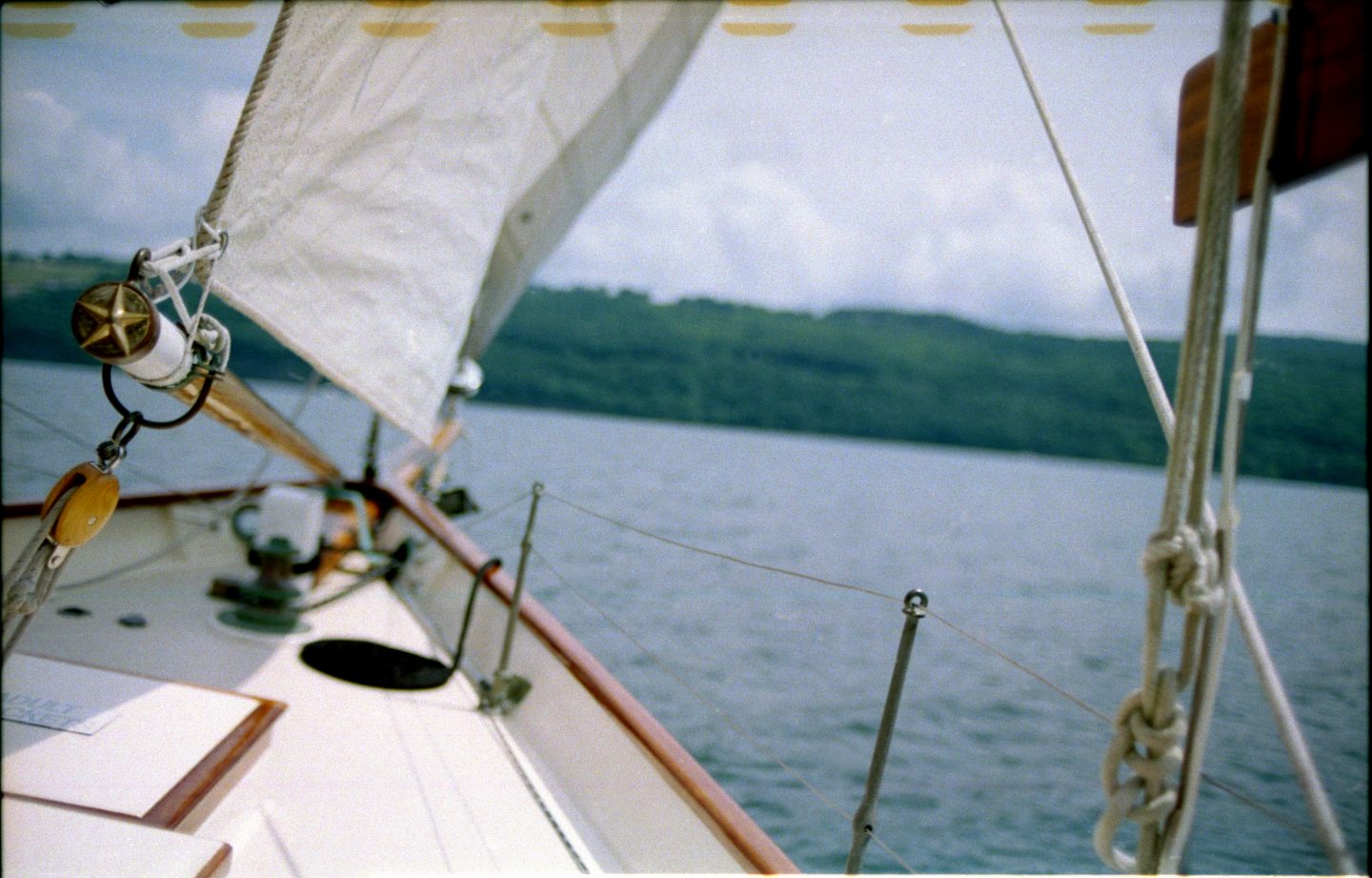 Day 26 from my a film photograph a day for 2019. This film photograph was actually taken in 2018 while on a camping trip in 2018. We visited the Finger Lakes region with my brother.. We went to Watkins Glen at the south end of Lake Seneca NY. We took a Schooner sail ride on a beautiful summers day. If you are into craft breweries this is the region for you! The cost of Lake Seneca is dotted with loads of local craft breweries. This photograph was taken with my Nikon F4 35mm film camera. I had the usual Kodak Ektar 100 35mm film loaded.