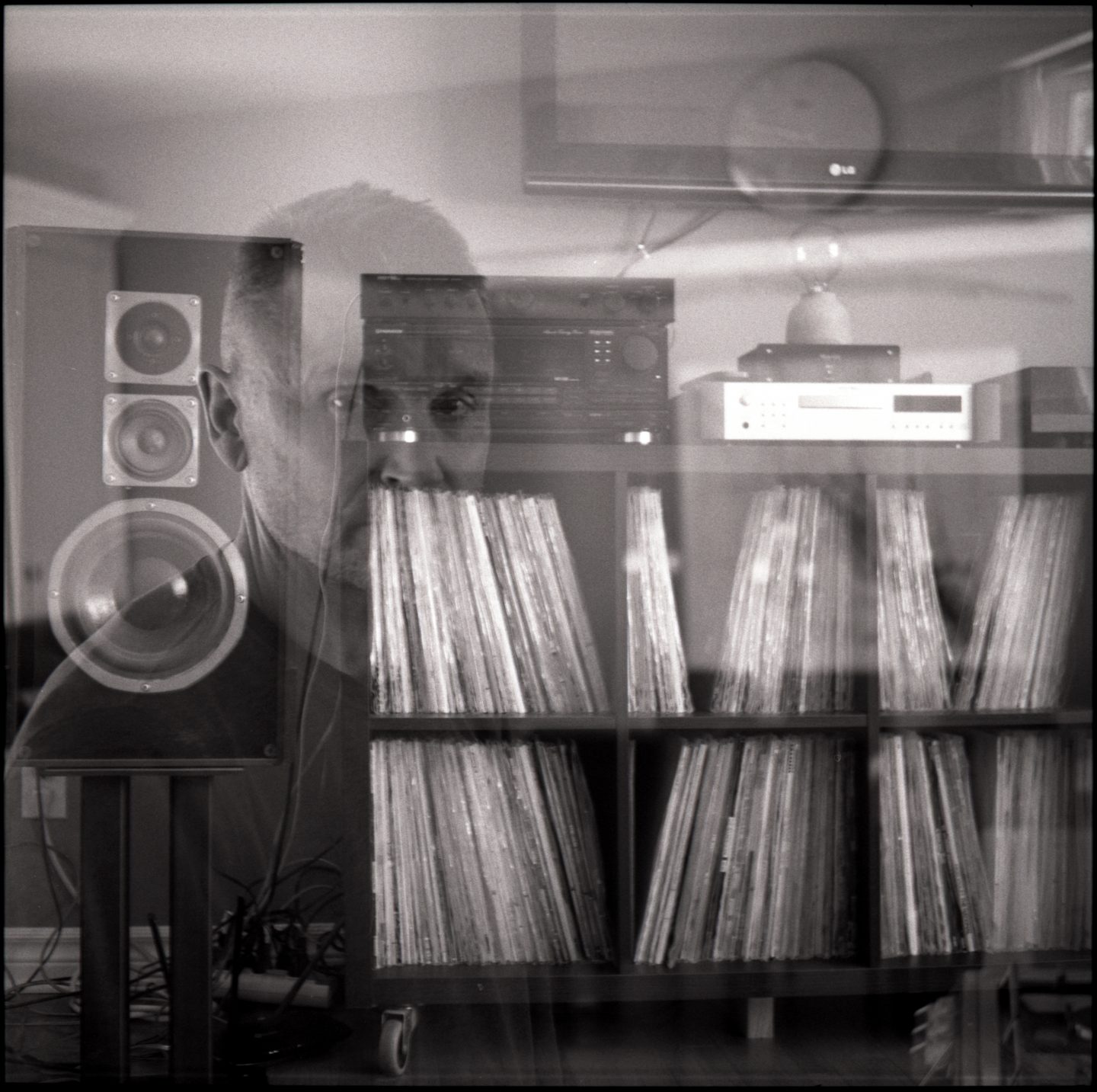 Day 21 of my 365 film photograph a day was with a Agfa Isoly III 1965 plastic camera. I purchased this camera years ago as an ornament but just finally got around to test some film in it. Hey presto it worked! I used Ilford FP4 Plus black and white film for the shot. It was actually an accidental double exposure of my brother with his record collection in the background so it really worked well..