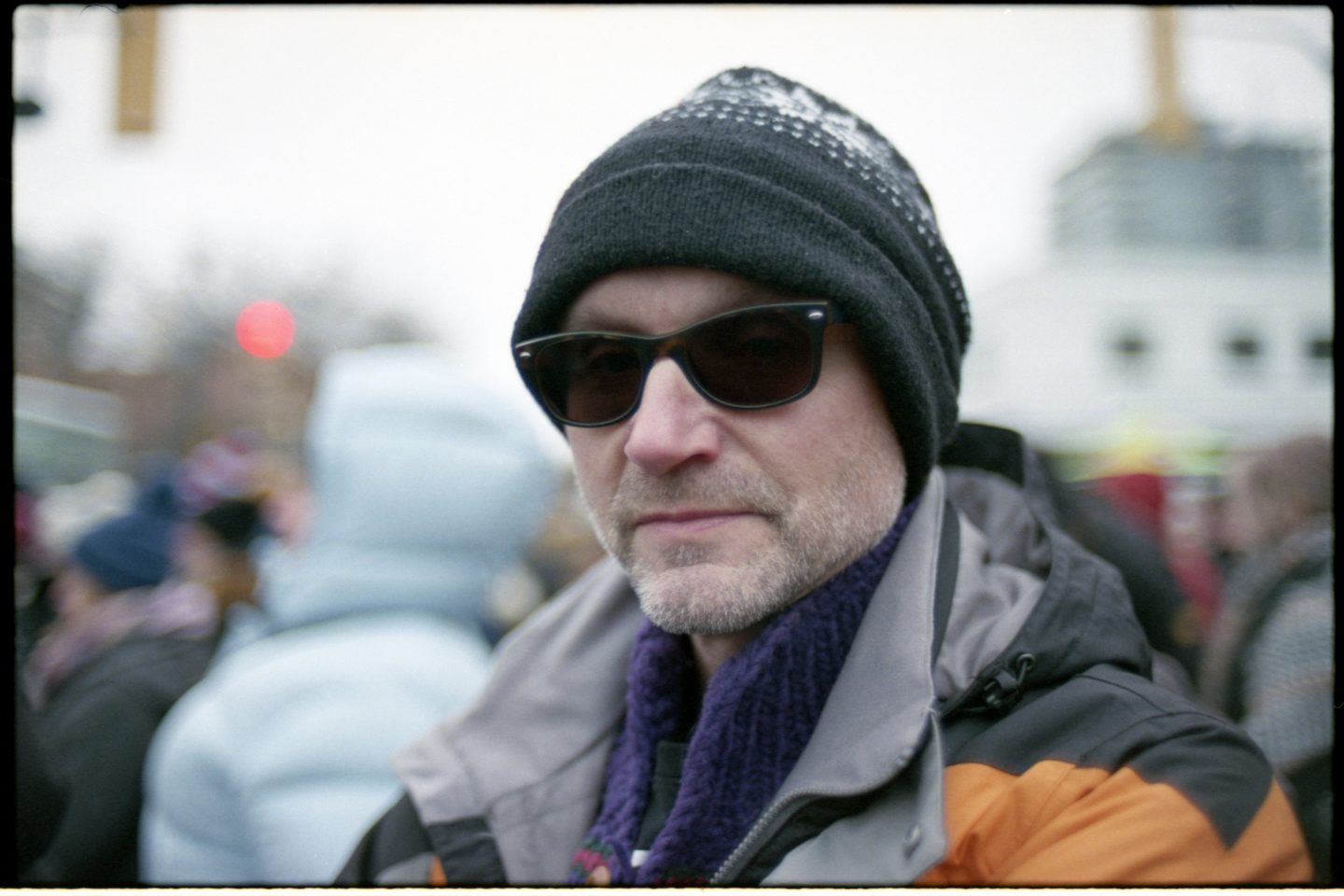 Day 16 of my 365 a film photograph a day for 2019. I loaded a roll of Fujicolor Superia X-TRA ISO 400 35mm film in my Nikon F4 SLR film camera. Even though I do prefer my medium format Mamiya RZ67 it’s nice to have a smaller 35mm film camera available loaded with film. And it’s also nice having 24-36 exposures too! This film photograph is my twin brother from a memorial service the city of Burlington Ontario had for the local band Walk of the Earth Mike “Beard” guy who passed away recently.